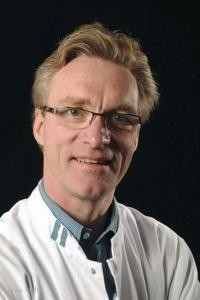 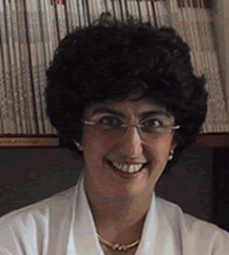 Professor Janne Backman, Helsinki, Finland
Janne T. Backman studied medicine at the University of Helsinki in Finland, and graduated in 1994. He completed his PhD in 1996, and specialist degree in clinical pharmacology in 2001. He is currently Professor in Clinical Pharmacology and Individual Medicine at Department of Clinical Pharmacology, University of Helsinki and Helsinki University Hospital. Apart from teaching clinical pharmacology to medical students, Backman is responsible for directing the training program for medical specialists in clinical pharmacology and he is vice director of the Doctoral Program for Drug Research at his university. He is a member of the National Committee on Medical Research Ethics in Finland, board member of The Finnish Society of Clinical Pharmacology (FSCP), and the current treasurer of EACPT. Dr. Backman’s research interests have included drug–drug interactions, drug metabolism, pharmacogenetics, and other sources of individual variability in pharmacokinetics. Most recently, he has been particularly interested in mechanism-based inhibition of CYP enzymes, the role of metabolites as inhibitors of drug metabolism, CYP2C8-mediated drug-drug interactions, and interactions involving various kinase inhibitors. He has published about 150 original articles in international peer-reviewed journals, many of which have been cited frequently. In 2015, he was listed as a Thomson Reuters Highly Cited Researcher in “Pharmacology and Toxicology”.

Dr Andrew Dimitri, Sydney, Australia
Andrew Dimitri is a respiratory physician based at the Prince of Wales Hospital in Sydney, Australia, and also a field medical referent for the international humanitarian organisation Médecins Sans Frontières (MSF). Since 2010 Andrew’s work for MSF has taken him to some of the most complex and troubled regions of the globe, and the imprint of these often desperate situations is apparent in his poetry.
He was awarded second prize in the 2017 international FPM Hippocrates Health Professional Prize for Poetry and Medicine.
See interview with 2017 FPM Hippocrates Health Professional Award Winner Andrew Dimitri from Sydney and hear him read It will make a fine hospital – featured as Poem of the Week in The Guardian.

Professor Gerard Rongen, Nijmegen, The Netherlands
Gerard Rongen trained as a medical doctor at the University of Nijmegen where he received his MD in 1990 (with honours). He subsequently did his PhD at the department of General Internal Medicine on the clinical vascular pharmacology of adenosine and ATP (1996, with honor) and a post-doc fellowship at the department of Cardiology of Mount Sinai Hospital, Toronto, Canada (adenosine-elicited sympatho-excitation). Back in the Netherlands, he finished his specialty in Internal Medicine in 2000 and in Clinical Pharmacology and Vascular Medicine in 2001-2002. He received a Royal Academy of Arts and Sciences fellowship and an Established Clinical Investigator Fellowship from the Dutch Heart Foundation to study the clinical (vascular) pharmacology of purines and ischemia-reperfusion injury in humans. He is appointed half-time at the department of Internal Medicine and half-time at the department of Pharmacology-Toxicology. In 2005, he received the prestigious dutch Galenus prize for his studies on the actions of adenosine and dipyridamole on ischemia-reperfusion injury in humans. In 2011, he accepted a position as Professor in Translational Cardiovascular Research at the Radboudumc in Nijmegen, the Netherlands. As a member of the board of the Dutch Society for Clinical Pharmacology and Biopharmacy and one of the organizers of the annual FIGON-Dutch Medicines Days, he regards as his mission to improve the synergy between the various Dutch scientific societies, public and commercial partners who are involved in development of new pharmaco-therapeutic strategies and optimization of current pharmacotherapy in terms of efficacy and safety. Within the Radboud University Nijmegen Medical Centre, he chairs the research theme ‘Vascular Damage’.

Professor Tabassome Simon, Paris, France
Tabassome Simon is Professor of Clinical Pharmacology in the Department of Pharmacology, AP-HP, Saint-Antoine Hospital, Pierre and Marie Curie University (UPMC) in Paris, France. T. Simon is the Chair of the European Association for Clinical Pharmacology and Therapeutics (EACPT), Member of the Board of the National Union of University Hospital Pharmacologists, of the Research Committee of the French Society of Cardiology, the strategic committee of the Pierre et Marie Curie University (UPMC-Paris 06), and the Research committee for the cancer university Institute (IUC-Paris 06). Pr Simon is the Director of the Clinical Research platform of the East of Paris, including the Clinical Research Unit (URC-EST: http://www.urcest.chusa.upmc.fr/), the clinical Research Center, and the BioBank Research Center of UPMC-Paris 06 University. Currently, the clinical research platform coordinates several multicenter national and international studies throughout centers in France. In addition to teaching pharmacology for medical students, T. Simon is the Coordinator of Bachelor Diploma of clinical research and Master Diploma of clinical research, the national coordinator of the university diploma for the formation of research nurses and assistants for clinical research and vigilance in France (DIU-FARC-TEC), the Coordinator of the University Diploma for the formation of investigators in Clinical Research (DIU-FIEC) at Paris 6 University.
Dr Simon was the recipient of the Medal of Paris Saint Antoine University Hospital in 1992 and in 1999 and 2010 received an award from the French Society of Cardiology, and the French Society of Pharmacology, the French Society of Angiology. She has also received the EACPT Scientific Award 2011. One of her publication has been chosen by the editors of Circulation as Groundbreaking Studies in the Practice of Cardiovascular Medicine in 2009. Simon completed her residency at Paris 6 University and received her MD in 1992. In 2002, she received her PhD in pharmacology (with an emphasis on cardiovascular prevention in women) and in 2006, she received the HDR Diploma (the highest level of University in France).
Her primary research interests are pharmacological cardiovascular prevention, pharmacogenetics, drug interactions and sex hormones. She has published more than 100 original articles in international peer-reviewed journals, including The New England Journal of Medecine, The Lancet, JAMA, Nature Med, Circulation, JACC, European Heart Journal, Hypertension, Atherosclerosis, Arterioscler Thromb Vasc Biol, Clinical Pharmacology and Therapeutics, Heart, J Clin Endocrinol Metab, etc.